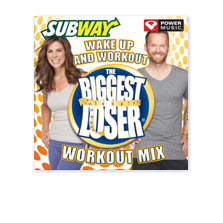 Thanks, STL Mommy!
Posted by Davney at 3:20 PM No comments:

Click here to get 3 free Atkins bars & a weight loss kit!
Posted by Davney at 1:10 PM No comments:

A few of you have asked me what I think about the new Weight Watchers plan (it's called Point Plus, the old plan was called Momentum.) So instead of responding to everyone separately, I'll just write a quick post :)

The new plan has essentially changed how you count points. With Momentum, it was based off of calories, fat, and fiber. With Points Plus, points are based on fat, fiber, protein, and carbs. (Gasp! No calories!) The points for almost everything has gone up. A bowl of cereal used to be 3 points, it's now 5 points. A fiber bar used to be 2 points, it's now 3 points, some are even 4 points. Fresh fruit and most vegetables are now ZERO points.

The thing that REALLY gets me is that I have to recalculate the points for EVERYTHING. I have been doing WW on and off since I was 15, so I knew the points for pretty much everything & if I didn't, I could figure it out pretty quickly by looking at the nutrition facts (I didn't need the calculator anymore.) It has been HARD to retrain my brain to think about things differently. The cupcakes I used to have for dessert went from 1 point for 3 cupcakes to 3 points for 3 cupcakes. It's hard not to just say, "Well, I can't have that because it's too many points." Now that we get more points, things pretty much even out in the end. Weight Watchers is trying to get you to eat more fresh food and less packaged, processed food.

One thing that really bugs me though, is that you have to buy new materials. This didn't impact me much, because I use eTools and have a free points calculator and food journal on my droid. But some of the (older) people used all the books and companions and old calculator. These people had to buy everything NEW. I think it's a crock of crap since they already bought it the first time. Plus, the points values for foods in the old Weight Watchers cookbooks are now wrong. This is annoying, because we use our cookbook a lot.

But, the plan is working. I lost 1.2 last week (70ish pounds all together, since December 09). Have any of you guys started the new plan yet? What do you think?